What is Montessori Peace Education? If you know anything about Montessori, you know that it’s more than just an approach to learning. Montessori is a lifestyle, a way of looking at the world, a promise we make to our children. More than anything, though, Montessori represents hope for our future.

So, what exactly is Peace Education and how does it help our children, our society, and our world? Read on to find out!

Why Peace is Important in Montessori

Maria Montessori, founder and creator of the Montessori Method, was a noted pacifist. In addition to her work in education, she supported pacifist causes and frequently spoke out against war. There’s even an entire book published that contains her speeches and writings on pacifism.

To Montessori, pacifism and Montessori education were one and the same. She spoke frequently at UNESCO (The United Nations Educational, Scientific, and Cultural Organization) about how a just, peaceful, and equitable approach to education was the key to achieving world peace. She also championed the rights of children, which were not guaranteed during her time. Instead, children were largely seen as their parents’ property.

“Remember that people do not start at the age of twenty, at ten or at six, but at birth. In your efforts at solving problems, do not forget that children and young people make up a vast population, a population without rights which is being crucified on school benches everywhere, which – for all that we talk about democracy, freedom and human rights – is enslaved by a school order, by intellectual rules which we impose on it. We define the rules which are to be learnt, how they should be learnt and at what age. The child population is the only population without rights. The child is the neglected citizen. Think of this and rear the revenge of this populace. For it is his soul that we are suffocating. It is the lively powers of the mind that we are oppressing, powers which cannot be destroyed without killing the individual, powers which tend either towards violence or destruction, or slip away into the realm of sickness…”-Maria Montessori

Maria Montessori knew that children are the future and that a future without war or sufferings must be constructed through the education of those children. This is one of the many things that makes the Montessori Method so uniquely powerful. While other approaches to education have short-term goals such as meeting certain milestones, college acceptance, or job preparedness, the Montessori Method has a much broader, more important scope. The ultimate goal of the Montessori Method is not simply to create a well-adjusted, well-rounded member of society, but to create a better society as a whole.

As Maria Montessori said, “Establishing a lasting peace is the work of education…all politics can do is keep us out of war.”

So what does this look like in a classroom?

Montessori Peace Education begins with Montessori’s approach to discipline, classroom management, rules, and relationship building. In Montessori environments, children are not ordered around like soldiers. Rewards and punishments are not used to control children.

In fact, children are not controlled at all! Before you think I mean that there is no control in a Montessori classroom, let me say that being controlled is not the same thing as being in control. Montessori teaches children to be in control of themselves, instead of needing to be controlled by an outside force.

So, how does this relate to Peace Education? Look at some of the words I used in the above paragraph: “order,” “punishment,” “control,” “force.” These are all terms you might be used to hearing associated with schools or “no-nonsense” approaches to child-rearing.

Teachers and parents give orders, maintain order, punish “bad students” and children behaving “badly,” “control” their classrooms and homes, “force” children to learn and behave. They are also the type of words we use when talking about war or repressive governments. If children are raised and educated in such environments, how can we expect them to grow up to become peaceful, respectful, empathetic adults?

Montessori understands this, which is why the Montessori Method takes such a radically different approach to discipline. In Montessori classrooms, the ground rules are:

These rules are simple and general for a very specific reason: their meaning changes as a child ages. For a six year old, these rules might mean trying their best in class, not hitting their classmates, and cleaning up after snack.

For a twenty-six year old or thirty-six year old, these rules take on a deeper meaning. Respect yourself by doing work that does good in the world, not just work that gives you money and power. Respect others by standing up for the rights of oppressed groups. Respect the environment by doing your part to reverse climate change. The same words and principles being used to teach children discipline and good learning habits still apply when they’re adults.

Many Montessori classrooms begin the day with a “Peace Pledge.” This can look different across classrooms, but here’s an example of what this pledge might sound like from Healthy Beginnings Montessori:

“I pledge allegiance to the earth and to all life that it nourishes, all growing things, all species of animals and all races of people.

I promise to protect all life on our planet, to live in harmony with nature and to share our resources justly, so that all people can live with dignity in good health and in peace.”-Montessori peace pledge

The Peace Pledge clearly demonstrates how, in Montessori, Peace Education isn’t just one activity or one lesson throughout the day – it’s the backbone of every single part of a Montessori space.

This can also be seen in the use of the Montessori “Peace Corner,” which is a space in Montessori classrooms and homes that’s used to de-escalate behavior. Instead of a “time out,” Montessori students go to the Peace Corner, where they can either have space to calm down independently or can engage in necessary conflict-resolution with whomever they’re in conflict with.

The center of the flower is usually used to represent either “peace” or the “spirit.” Notice how the Peace Flower aligns with the Montessori ground rules.

One of the most important aspects of the Montessori Method is its mission to “educate the whole child.” This means, in addition to math and reading, children learn valuable life skills. These skills, of course, include elements of Peace Education.

In Montessori, children are taught things like conflict resolution, communication skills, relationship building, problem solving, empathy, independence, interdependence, teamwork, and advocacy. These are all skills that are essential for promoting peace and changing the world for the better. While we all like to think that these are skills that come naturally to everyone, they’re not!

Even if a child is naturally empathetic or good at problem solving, if they are taught that these skills are less important than being able to quickly calculate sums or write a five-paragraph essay, they aren’t likely to use these skills as often. Practice makes perfect! Montessori education sets children up to grow into capable adults who are able to solve problems and tackle conflicts without resorting to anger and violence.

No matter what activities or lessons you may choose to do with your child and classroom, however, they will always be engaging in Peace Education if you are teaching them according to the Montessori Method. Peace Education is Montessori Education. As Montessori parents and educators, the work that you’re doing at home and at school with your children is not only helping them develop into peaceful, respectful, motivated, and empathetic adults, it’s also making the world a better place! Every child that experiences Montessori is a step towards a better future. 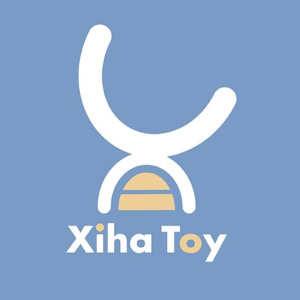 Xiair International Trade (Dalian) Co., Ltd. is a top manufacturer, and supplier of preschool education facilities in China. Specialized in providing one-stop service for kindergartens and daycare centers around the world. We have obtained CE and CPC certificates. You can feel free to talk with our customer service center about your sourcing requirements.
Facebook
Pinterest
LinkedIn
PrevPreviousWhat does Montessori discipline look like?
NextMontessori Education: Parents’ RoleNext